On February 6th German-based Friedr. Freek GmbH, manufacturer of electric heating elements, celebrated their 25th anniversary of the successful implementation of the HotMicroCoil production at their headquarters in Menden/Sauerland. Back then authorised representative Michael Ablas teamed up with the Freek owners Wolfgang and Stefan Kaiser to start an ongoing success story to date. With a profound background of an electrical engineer, Michael has early been intrigued by thermodynamics and gained deep insight into the physics and practice of the manufacture of electric heating elements in his 25 years at Freek. The big milestones of success Michael Ablas not only witnessed but helped to shape essentially.

Based on valuable expert skills, intense and open-minded R&D cooperation and love of experimentation the Freek HotMicroCoil team has become a preferred development partner within the "Premier League" of hotrunner producers worldwide. Countless cutting-edge plastic injection nozzles of numerous leading hotrunner brands are powered by Freek HotMicroCoils these days.

That’s how it began: Through EUCOPET, Freek's back in the mid 90s initiated and by EUREKA and the German Federal Ministry of Education and Research supported R&D network, Freek managed to speed up their innovation dynamics, complete their product portfolio of industrial heating elements and reach global markets. Well connected to six EUCOPET partners in Germany, Europe and the US, Freek's virtual size can easily compete with the biggest competitors in the field. This unique cooperation strategy amongst "competitors" has been rewarded by reputable industry prizes and awards like the listing in the TOP100 benchmark in year 2000, the victory at the Milestone 2002 contest or the jury membership at the Best-Cooperation Award 2003.

However, more than all celebrity counts the market resonance. One milestone here has been the acquisition of the plastics business of US based heating element producer BF Goodrich Rosemount. This included their sophisticated heater designs and high-end technologies originally dedicated to aerospace applications. Another leap forward has been Freek's patented heat transfer system for plastics injection nozzles employing a slit heat conducting sleeve distinguishing by superior attributes. 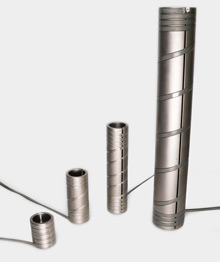 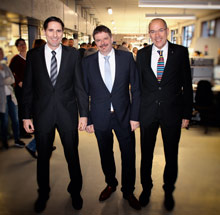