You are here: Homepage > Company > Freek in the Changing TimesNeeding help? Connect with us here!

Freek in the Changing Times

With the transformation into a limited liability company (Friedrich Freek GmbH) the era Wilhelm Kaiser began. With his imperturbable optimism, entrepreneurial courage, absolute will of success and his cleverness he freed Freek out of the bankruptcy whirlpool of the then majority share-holder and main customer Maerkische Metallwerke and lead ship and crew back to safe tracks.

In course of time the team grew...

...and the building grew with the team

The change of generations was started early by Wilhelm Kaiser. Son Wolfgang Kaiser worked after the apprenticeship in a bank and the study of economics as controller in Giessen before he changed to Freek in 1990. In 1992 he entered into the management (at the side of his father). He was the one who - encouraged by his father - initiated the new strategic orientation of the company.

Until 1990 Freek was a typical subcontractor of its time: driven by the pioneering spirit of the senior, supported by motivated employees, little formalised, instead all the more specialised in niches. The conditions to match today's market demands were only partially fulfilled. That became a certainty when international big customers approached Freek with demands such as an extended product range, increased quality standards and price reduction programmes.

The answer from Wolfgang Kaiser was: diversification and co-operation – two strategic aims with immense effects on the company.

1994, just in time, Wolfgang Kaiser got support through his brother Stefan, graduate mechanical engineer, who in one of his first projects established the quality management system according to DIN/ISO 9001 which is now followed at Freek.

In the Research section you can read about how, by participating actively in production research projects, Stefan and Wolfgang Kaiser turned the company structure of Freek into a cooperation organisation and moulded its employees into a top-class team, thereby turning every economic, political and technological change to their advantage. There you can also find out how and why, in 1994, Freek started its own production of highly innovative nozzle heater elements (HotMicroCoils), tapped into the plastics industry as a new sales market and found access to the global markets thanks to the EUCOPET cooperation partners. And finally, you will see that the company's strategic development has taken logical further steps with the follow-up projects LEAN, Low2High and StraKosphere.

The moment could not have been better chosen. On the occasion of the 50th company anniversary, Senior Wilhelm Kaiser announced in front of more than 300 guests and a running camera visibly moved his retreat from the Freek management in favour of his son Stefan, who now bears responsibility together with his brother Wolfgang.

The first 10 years in the new millenium have been very successful years. Two long lasting growth cycles have carried Freek over the threshold from a small to a medium sized company. The growth cycle triggered by EUCOPET reached into the year 2002 and lead to a triplication of turnover and potentiation of articles, orders and customers.

The economic crisis following the 9/11 attacks allowed Freek to catch up with growth-related shortfalls in organisation and quality management. Moreover, in this period of re-organisation and self-reflection the LEAN idea has been born. So Freek developed from 2004 to 2007 together with other cooperating companies and scientific partners of the universities of Dortmund and Bochum its LEAN business model for simple standard elements in the product range. Thus commenced the second long lasting growth cycle which did not end until the world economic crisis in 2009.

To be able to gain even demanding high-tech customers for standard heating elements, in Low2High (2008-2011) Freek developed the necessary methods and process expertise. The ‘Process innovation at the customer interface to high-tech producers’ project pursued in Low2High resulted in a sustained formalisation and professionalisation process, and thus the capability to integrate structure and business processes with those of the high-tech partners.

With Freek's steadily increasing High2High and Low2High business, together with the constantly changing and ever more complex political and economic contexts, the demands on individual and organisational expertise within the company are also growing. Securing the expertise already present, detecting at an early stage those skills that will be required in future and strategically developing them are the tasks that Freek set for itself in StraKosphere (2014-2017).

In spite of a gloomy economic outlook and economic uncertainty caused by Dieselgate, Brexit, punitive tariffs and a series of geopolitical flashpoints, at Freek we still believe in a good future. With ambitious goals and creative ideas we are blazing a trail through the digital transformation that is entirely our own. There is considerable potential here to be realised, and not least, market potential. The extent to which our efforts will be rewarded with success and whether they can again be accompanied by suitable collaborative research, will be reported here in due course... and there is certain to be an intermediate result in 2020, when Freek celebrates its 70th anniversary. 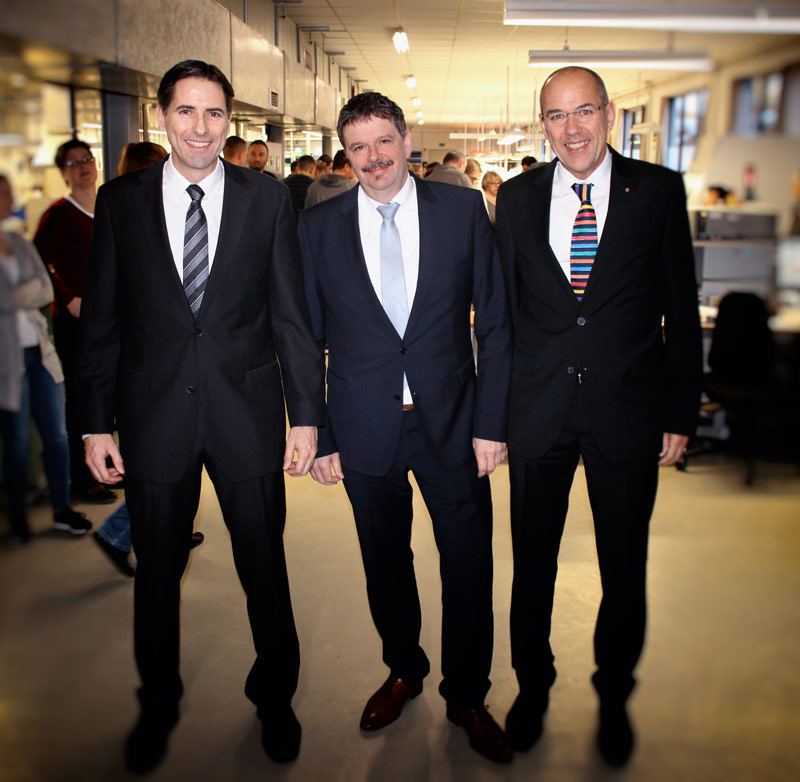